11th May 2018 – Today we celebrate the retirement of the last biosecurity beagle on mainland Australia, highlighting the successful 25-year history of beagles safeguarding our country from exotic pests and diseases.

Head of biosecurity operations with the Department of Agriculture and Water Resources, Nico Padovan, said the department’s last beagle, Andy, was retiring from Adelaide International Airport after almost nine years of service across three states.

“During his 63 dog year career as a biosecurity detector dog, Andy sniffed out 2.3 tonnes of biosecurity risk material that travellers have failed to declare, including 718 kg of undeclared fresh fruit and veggies and 432 kg of meat.

“Detector dogs like Andy are integral to Australia’s comprehensive biosecurity system which operates offshore, at the border and on shore.

“Our dogs and their handlers intercept more than 50,000 items of biosecurity risk across the country each year which could potentially devastate our $63 billion agricultural industry and unique natural environment.

“Andy is the second last working beagle, with retirees being replaced with Labradors progressively since 2009.”

Labradors are larger and more agile and can flexibly adapt to diverse environments, working across airports, mail centres, seaports and courier depots.

“We are very proud of the legacy our beagles are now entrusting to our Labrador teams,” Mr Padovan said.

“Andy is retiring back to Sydney where he will live with his original handler, and travellers will now see Ari the Labrador following his nose around Adelaide airport.”

For more information on our detector dog program, visit agriculture.gov.au/biosecurity/australia/detector-dogs

Why are beagles being replaced by labradors

Beagles have traditionally been used because of their high food drive and friendly public image.

The Australian Government Department of Agriculture and Water Resources​ has a reliable source of suitable labradors available for training, the Australian Border Force breeds most of the labradors used by the department. 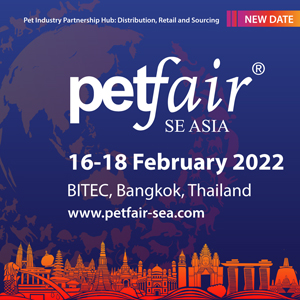