With a pounding heart and rapid breath, Laika rode a rocket into Earth orbit, 2,000 miles above Moscow streets she knew. Overheated, cramped, frightened, and probably hungry, the space dog gave her life for her country, involuntarily fulfilling a canine suicide mission.

Sad as this tale is, the stray husky-spitz mix became a part of history as the first living creature to orbit the Earth. Over the decades, the petite pioneer has repeatedly found new life in popular culture long after her death and the fiery demise of her Soviet ship, Sputnik 2, which smashed into the Earth’s atmosphere 60 years ago this month.

Soviet engineers planned Sputnik 2 hastily after Premier Nikita Khrushchev requested a flight to coincide with November 7, 1957, the 40th anniversary of Russia’s Bolshevik Revolution. Using what they had learned from the unmanned and undogged Sputnik 1 and often working without blueprints, teams labored quickly to build a ship that included a pressurized compartment for a flying dog. Sputnik 1 had made history, becoming the first man-made object in Earth orbit October 4, 1957. Sputnik 2 would go into orbit with the final stage of the rocket attached, and engineers believed the ship’s 1,120-pound payload, six times as heavy as Sputnik 1, could be kept within limits by feeding its passenger only once.

They expected Laika to die from oxygen deprivation—a painless death within 15 seconds—after seven days in space. Cathleen Lewis, the curator of international space programs and spacesuits at the Smithsonian’s National Air and Space Museum doubts that a few ounces of food would have made a difference, and she recalls reports that a female physician broke protocol by feeding Laika before liftoff.

The Soviet canine recruiters began their quest with a herd of female stray dogs because females were smaller and apparently more docile. Initial tests determined obedience and passivity. Eventually, canine finalists lived in tiny pressurized capsules for days and then weeks at a time. The doctors also checked their reactions to changes in air pressure and to loud noises that would accompany liftoff. Testers fitted candidates with a sanitation device connected to the pelvic area. The dogs did not like the devices, and to avoid using them, some retained bodily waste, even after consuming laxatives. However, some adapted.

Eventually, the team chose the placid Kudryavka (Little Curly) as Sputnik 2’s dog cosmonaut and Albina (White) as backup. Introduced to the public via radio, Kudryavka barked and later became known as Laika, “barker” in Russian. Rumors emerged that Albina had out-performed Laika, but because she had recently given birth to puppies and because she had apparently won the affections of her keepers, Albina did not face a fatal flight. Doctors performed surgery on both dogs, embedding medical devices in their bodies to monitor heart impulses, breathing rates, blood pressure and physical movement.

Soviet physicians chose Laika to die, but they were not entirely heartless. One of her keepers, Vladimir Yazdovsky, took 3-year-old Laika to his home shortly before the flight because “I wanted to do something nice for the dog,” he later recalled. 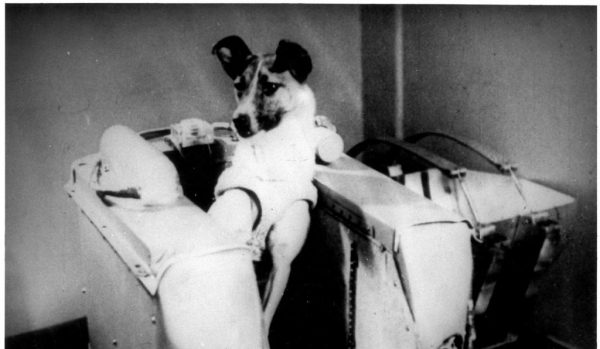 Three days before the scheduled liftoff, Laika entered her constricted travel space that allowed for only a few inches of movement. Newly cleaned, armed with sensors, and fitted with a sanitation device, she wore a spacesuit with metal restraints built-in. On November 3 at 5:30 a.m., the ship lifted off with G-forces reaching five times normal gravity levels.

The noises and pressures of flight terrified Laika: Her heartbeat rocketed to triple the normal rate, and her breath rate quadrupled. The National Air and Space Museum holds declassified printouts showing Laika’s respiration during the flight. She reached orbit alive, circling the Earth in about 103 minutes. Unfortunately, loss of the heat shield made the temperature in the capsule rise unexpectedly, taking its toll on Laika. She died “soon after launch,” Russian medical doctor and space dog trainer Oleg Gazenko revealed in 1993. “The temperature inside the spacecraft after the fourth orbit registered over 90 degrees,” Lewis says. “There’s really no expectation that she made it beyond an orbit or two after that.” Without its passenger, Sputnik 2 continued to orbit for five months.

During and after the flight, the Soviet Union kept up the fiction that Laika survived for several days. “The official documents were falsified,” Lewis says. Soviet broadcasts claimed that Laika was alive until November 12. The New York Times even reported that she might be saved; however, Soviet communiqués made it clear after nine days that Laika had died.

While concerns about animal rights had not reached early 21st century levels, some protested the deliberate decision to let Laika die because the Soviet Union lacked the technology to return her safely to Earth. In Great Britain, where opposition to hunting was growing, the Royal Society for the Prevention of Cruelty to Animals and the British Society for Happy Dogs opposed the launch. A pack of dog lovers attached protest signs to their pets and marched outside the United Nations in New York. “The more time passes, the more I’m sorry about it,” said Gazenko more than 30 years later.

The humane use of animal testing spaceflight was essential to preparation for manned spaceflight, Lewis believes. “There were things that we could not determine by the limits of human experience in high altitude flight,” Lewis says. Scientists “really didn’t know how disorienting spaceflight would be on the humans or whether an astronaut or cosmonaut could continue to function rationally.”

Alas, for Laika, even if everything had worked perfectly, and if she had been lucky enough to have plenty of food, water and oxygen, she would have died when the spaceship re-entered the atmosphere after 2,570 orbits. Ironically, a flight that promised Laika’s certain death also offered proof that space was livable.

The story of Laika lives on today in websites, YouTube videos, poems and children’s books, at least one of which provides a happy ending for the doomed dog. Laika’s cultural impact has been spread across the years since her death. The Portland, Oregon, Art Museum is currently featuring an exhibition on the stop-motion animation studio LAIKA, which was named after the dog. The show “Animating Life” is on view through May 20, 2018. There is also a “vegan lifestyle and animal rights magazine” called LAIKA Magazine, published in the United States.

The 1985 Swedish film, My Life as a Dog, portrayed a young man’s fears that Laika had starved. Several folk and rock singers around the globe have dedicated songs to her. An English indie-pop group took her name, and a Finnish band called itself Laika and the Cosmonauts. Novelists Victor Pelevin of Russia, Haruki Murakami of Japan, and Jeannette Winterson of Great Britain have featured Laika in books, as has British graphic novelist Nick Abadzis.

In 2015, Russia unveiled a new memorial statue of Laika atop a rocket at a Moscow military research facility, and when the nation honored fallen cosmonauts in 1997 with a statue at the Institute of Biomedical Problems in Star City, Moscow, Laika’s image could be seen in one corner. During the Mars Exploration Rover Opportunity mission in March 2005, NASA unofficially named a spot within a Martian crater “Laika.”

Space dog biographer Amy Nelson compares Laika to other animal celebrities like the Barnum and Bailey Circus’s late 19th-century elephant Jumbo and champion thoroughbred racehorse Seabiscuit, who lifted American spirits during the Great Depression. She argues in Beastly Natures: Animals, Humans and the Study of History that the Soviet Union transformed Laika into “an enduring symbol of sacrifice and human achievement.”

Soon after the flight, the Soviet mint created an enamel pin to celebrate “The First Passenger in Space.” Soviet allies, such as Romania, Albania, Poland and North Korea, issued Laika stamps over the years between 1957 and 1987.

Laika was not the first space dog: Some had soared in the Soviet military’s sub-orbital rocket tests of updated German V-2 rockets after World War II, and they had returned to Earth via parachuted craft—alive or dead. She also would not be the last dog to take flight. Others returned from orbit alive. After the successful 1960 joint flight of Strelka and Belka, Strelka later produced puppies, and Khrushchev gave one to President John F. Kennedy.

During the days before manned flight, the United States primarily looked to members of the ape family as test subjects. The reason for the Soviet choice of dogs over apes is unclear except perhaps that Ivan Pavlov’s pioneering work on dog physiology in the late 19th and early 20th century may have provided a strong background for the use of canines, Lewis says. Also, stray dogs were plentiful in the streets of the Soviet Union—easy to find and unlikely to be missed.

According to Animals In Space by Colin Burgess and Chris Dubbs, the Soviet Union launched dogs into flight 71 times between 1951 and 1966, with 17 deaths. The Russian space program continues to use animals in space tests, but in every case except Laika’s, there has been some hope that the animal would survive. 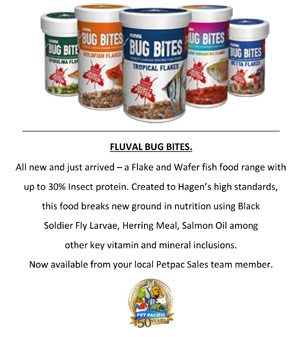 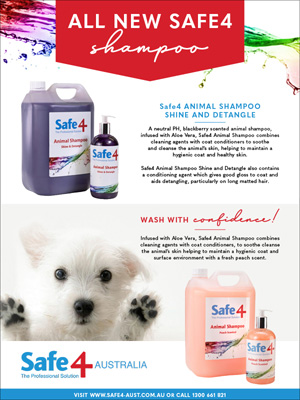 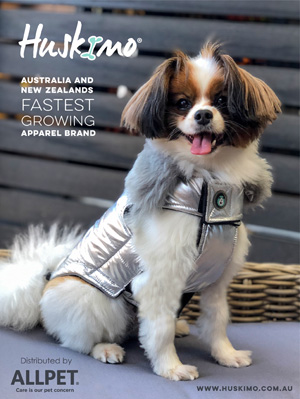 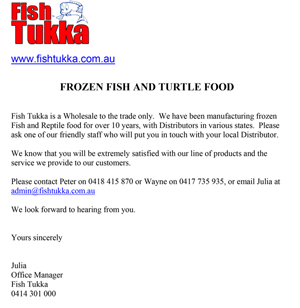 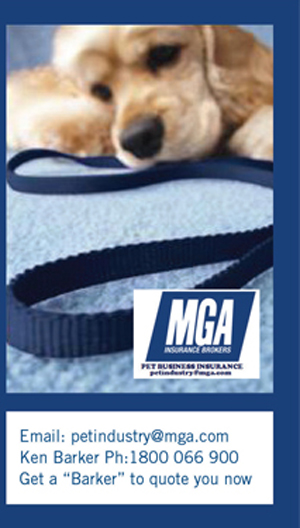