Paramonovius nightking, a bee fly named after Game of Thrones’ Night King because it reigns in winter and has a crown of spine-like hairs, is one of 230 new species named by CSIRO during the past year.

“It has a serious side, but naming new species is the most fun a taxonomist can have,” entomologist at CSIRO’s National Research Collections Australia, “Bry the Fly Guy” (aka Bryan Lessard), said.

Naming our biodiversity is a serious business.

A species without a scientific name is invisible to science and conservation and Australia has only named 20-25 per cent of its half a million species.

“Scientists across the country name around 1000 new species each year. At the current rate it will take another 350 years just to know what exists,” Dr Lessard said.

“Australia needs a step change in biodiversity discovery and at CSIRO we’re pulling together many strands of science to deliver that.

“We’re using AI, machine learning, genomics, digitisation and big data informatics to change the way we use the 15 million specimens in our research collections.”

The driver is the value of Australia’s biodiversity and its benefits.

“Our biodiversity runs the planet. It cycles nutrients, sequesters carbon, pollinates crops and cleans the air we breathe and the water we drink. We literally couldn’t live without it,” Dr Lessard said.

Australia’s native plants and animals directly support billions of dollars of industries such as fisheries and forestry.

They are rich sources of germplasm for crops like cotton, soybean and macadamias and can be explored to find useful new bioactive molecules and novel materials.

“Native plants and animals are of deep cultural significance to Indigenous communities and simply being out in nature has many health benefits,” Dr Lessard said.

One of the group Dr Lessard studies, soldier flies, has an estimated 300 Australian species, only 150 of which have names.

Like many insects, some undescribed soldier fly species have waited in the insect collection for decades for a taxonomist to describe and name them so they can be formally recognised.

“One of the soldier flies I named is from Chillagoe in Queensland,” Dr Lessard said.

“It’s so different from other Australian soldier flies that it belongs to a new genus, which is the next level up from species.

“I named it Scutellumina parvatra  – that means little black fly with no shoulder spines.”

There are conventions to follow when playing the name game. Names shouldn’t be insulting or derogatory and you shouldn’t name a species after yourself.

The scientific name must be unique for each species – it’s made up of both a genus name, which comes first, and a species name.

LEFT: This newly named species is a cusk eel named Barathronus algrahamiafter Al Graham at the Australian National Fish Collection in Hobart. Barathronus algrahamiis a deep sea fish that was caught off South Australia by scientists aboard our ship RV Investigator.It is 200 mm long. Credit CSIRO

Along with the new insect and fish species, staff of the Australian National Herbarium named six new plants species, including two daisies, two orchids, a lobelia and a trumpet vine.

The next generation of taxonomist are also getting involved to help describe our unique Australian species.

“Xuankun Li, who named the bee fly Paramonovius nightking, is a PhD student at CSIRO and a huge fan of Game of Thrones, proving that inspiration for new species names can come from anywhere,” Dr Lessard said.

“Researchers spend many long hours at sea and underwater collecting, photographing and identifying specimens and then preserving samples for more detailed laboratory analysis.

“This work is frontier science and, because we are constantly learning about our marine environments, it can often turn up new species.”

Staff of the National Research Collections Australia acknowledge the contributions of their collaborators from Australia and around the world to the many field expeditions, specimen loans and publications that have contributed to the new species named during the past year.

Species lists for Australia are maintained by the Australian Biological Resources Study: https://biodiversity.org.au/afd/home 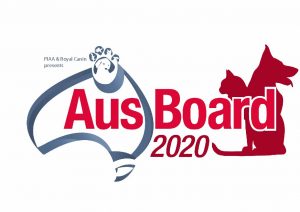