The damage caused by the catastrophic 2019-2020 Australian bushfires could lead to a dramatic jump in the number of native species at risk, according to University of Queensland-led research.

21 threatened species – including the Kangaroo island dunnart and Long-footed potoroo – are among 70 animals which have had much of their habitat affected by the blazes. 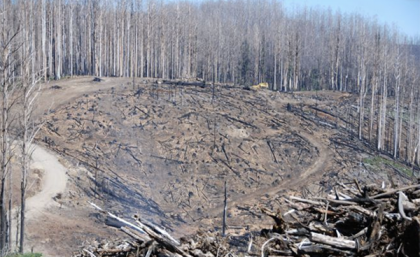 “Many of the species impacted by these fires were already declining in numbers because of drought, disease, habitat destruction and invasive species,” Ms Ward said.

“Our research shows these mega-fires may have made the situation much worse by reducing population sizes, reducing food sources and rendering habitat unsuitable for many years.”

The team found 49 species not currently listed as threatened, including Kate’s leaf-tailed gecko (Saltuarius kateae) and the short-eared possum, now warrant assessment for listing under the Environment Protection and Biodiversity Conservation (EPBC) Act.

“If these EPBC assessments find that all 49 animals meet listing criteria, the number of threatened Australian terrestrial and freshwater animals would increase by 14 per cent,” she said.

“We need to learn from these events as they are likely to happen again.”

“We must assist the recovery of populations in both burnt and unburnt areas,” she said.

The Federal Government has launched a Royal Commission to find ways to improve Australia’s preparedness, resilience and response to natural disasters.